In 1990, as plans were made to build a new larger sanctuary, an organ committee was formed to choose a new organ for this new worship space. Andover Organ Company of Methuen, Massachusetts, was chosen as the builder of this new mechanical-action organ, in part, because of their proposal that gave prepared space for additional pipes. A mechanical-action instrument, one in which the linkage between keys, pedals and pipes is made by wooden “trackers” rather than electrical connections was chosen because this type of action is not only sensitive to the player but historically very durable, often lasting for centuries. Dr. Edmund Shay served as the consultant and also played the Dedication Recital for this new organ. In August, 2006, seven new stops were added and a Hymn Festival was played by Michael D. Costello for the dedication of this addition. 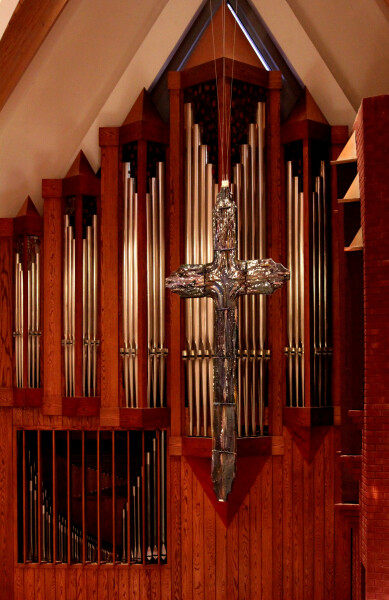